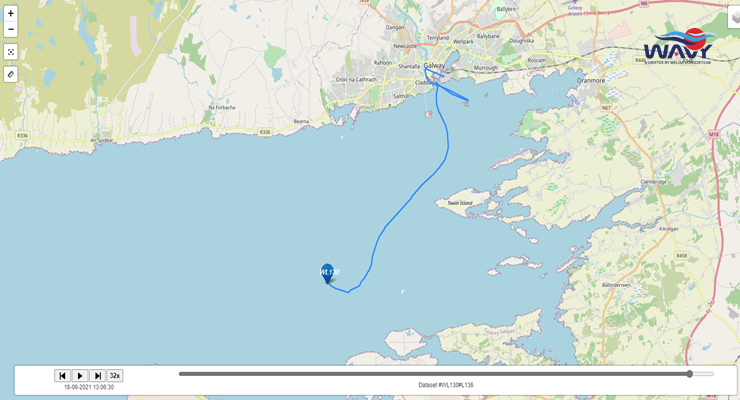 Our partner BlueWise Marine was in Galway City last month carrying out a WAVY Test Campaign on the River Corrib (Galway, Ireland) with the assistance of the Marine Institute.

The Wavy Littoral drifters have been deployed in the River Corrib to measure the discharge of the river in the Galway Bay and validate circulation models. Concurrently, raise awareness in local authorities about the strength and outreach of the river flow in the Bay.

The River Corrib is a high flow river that runs through the city of Galway into Galway Bay. Its discharge supplies an important volume of fresh water to the salty environment of the Bay and has a strong biological and hydrodynamic influence on the Bay's circulation and biological communities.

Unfortunately, the river is also responsible for human fatalities. Every year, people fall in the river and due to the strong current and the rugged nature of the river bed, these falls are nearly always fatal. This experiment will help authorities by providing insights into the discharge of water in the Bay and on presumable locations to concentrate the initial emergency searches.

"The test on the Corrib enabled to assess the performance of the MELOA WAVY Drifters in a high-velocity and turbulent environment. (...) The test will allow tracking of the river flow into Galway Bay, providing valuable information which can be used to validate hydrodynamic models of the bay" says  BlueWise Marine team, who is already planning another campaign on the West coast of Ireland by the end of the month.

This site uses cookies to enhance your experience. When you continue to browse, you are accepting You are using an outdated browser. Please, upgrade your browser to improve your experience.